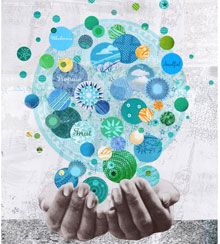 There is an ever-expanding pool of online literature available to pursue learning in this. I aim here to compile some of the most useful links. Suggestions are welcome.

For further reading, see the Corporate Rebels book list on their resource page.

I am currently organizing a meetup for people in the Eugene, Oregon area who want to get together in person to explore these ideas.

The way you created a space where everyone seemed to be open and felt safe to open up is in this case a bit miraculous. You would be the first person I would come to at the time I needed to do this kind of work again with a group.